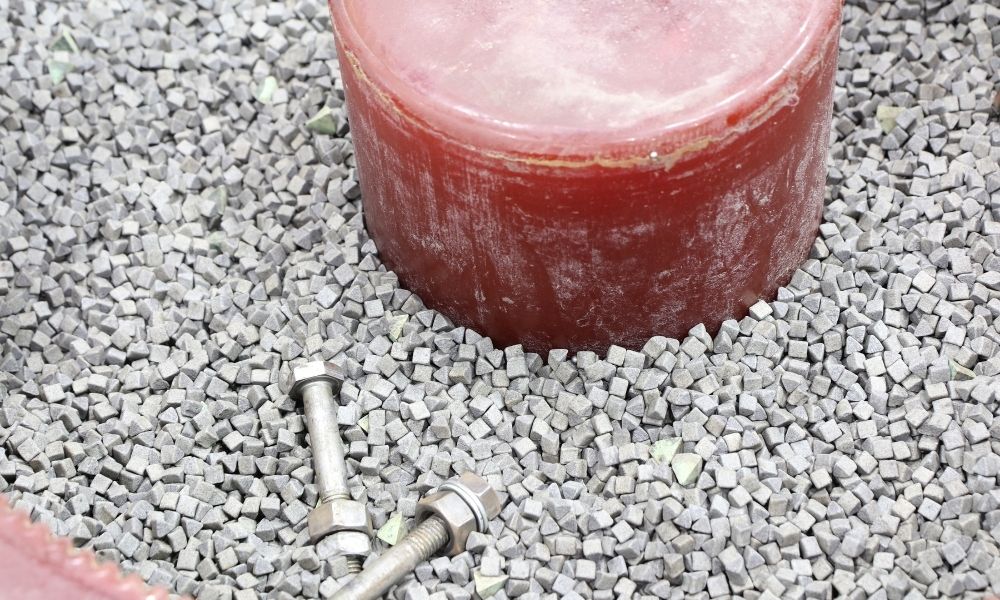 The normal mechanical operations that a metal part undergoes have a way of taking a toll on its surface. Drilling, milling, stamping, turning, and cutting can leave rough edges and raised ridges called burrs on surfaces. Though burrs are often small, they can cause a whole host of other problems for metal parts, including lower fatigue and fracture resistance, higher risk of corrosion, and an overall decrease of machine lifespans. That is why removing burrs is so essential and why an understanding of vibratory deburring machines and how they work is necessary.

Deburring is the process of removing burrs. In the past, this was done entirely by hand using a variety of burring tools. These tools are what make manual deburring so effective and why manual deburring is still a common practice. Not only are the tools useful on a wide range of burrs, but they are relatively simple to use. However, in operations that process larger amounts of metal, manual deburring is often not efficient enough to meet the production requirements.

New methods of batch deburring and finishing that utilize large machinery served to solve this dilemma. Vibratory deburring was one of these methods. Vibratory deburring machines work by filling a large chamber with abrasive media including steel, ceramic, plastic, and occasionally glass or organic material such as walnut shells or pieces of corn cob. Manufacturers may also add liquid to the chamber, though the process is still effective without it.

After the metal parts are added to the chamber, the chamber rotates and shakes, causing the media to vibrate. As the media vibrates, it strikes the sides of the metal surface, clearing it of burrs the same way manual deburring tools would.

As previously stated, manual deburring can be a time-consuming process requiring more hands to complete a large amount of work. Vibratory deburring machines are far more efficient, allowing one person to process multiple parts at the same time. This not only cuts back production costs but increases the volume of production as well.